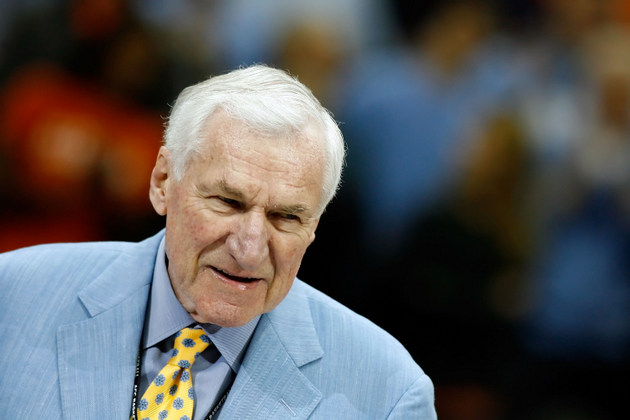 ICYMI, according to ESPN, the greatest most important man that ever walked the earth passed away.  Royalty.  Dean Smith died at 83 and won a lot of basketball games (879) until he retired at the end of the 1996-97 season.  I was surprised to learn he only had 18 All-Americans.  It seems like there were more.  Smith was 13-3 all-time versus the University of Kentucky, 11 Final Fours, and zero accountability for the “paper classes”.

But hey, we all know it’s possible to be a head coach and not really know what your players are doing.  Besides, it is more fun to blame Mack Brown and Butch Davis any way.  But I digress.

Smith was hired during UNC’s darkest hour.  In 1960, the program had just been sanctioned for recruiting violations and was swamped in point shaving rumors.  The plan at the time was to de-emphasize basketball but Smith pulled the Tar Heels from the ashes and appeared to run a relatively clean program throughout his career.

Nowadays, instead of de-emphasizing anything, athletic departments just ignore scandals and pretend they didn’t happen.  Every institution has its team of zombie apologists.  The NCAA is powerless and douchebags like Jay Bilas will play both ends against the middle.