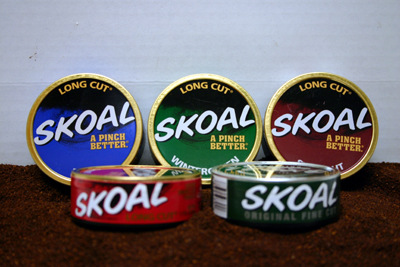 We live in a world of inconsistencies; purposeful and planned inconsistencies.  The world is ran by adults who are often times well intentioned and other times not so well intentioned.  There has always been quite a bit of talk  about how sports teaches kids lessons they will take with them when they are done playing sports.  What never is clear, is exactly what lessons are being learned.

The lesson being learned by a wrestler at St. Xavier High School in Louisville is, if you are going to chew tobacco then don’t take it to school with you and set off firecrackers. Because, your locker will be searched and the contraband revealed.

According to the Courier Journal, Dominic Lampe, the 160 lb. defending Kentucky State Wrestling Champion will have to sit out this weekend’s Region Four Tournament at Manual and will not be eligible to compete in the State Championships set for next Friday and Saturday in Lexington, Ky.

Jeff Lampe said his son’s backpack and locker were searched by St. X officials after Dominic and two other students set off a firecracker in the locker room.

Chewing tobacco was found in Lampe’s backpack and St. X has a very strict no tobacco policy.

“It is the policy of the Saint Xavier Athletic Department that all students who participate in the school athletic programs will refrain from the possession, use, or distribution of tobacco, alcohol, and/or drugs at all times. This policy applies on and off campus, including evenings, weekends, and holidays, and during periods of the year when their activity is ‘out of season.’ Student athletes who possess, use, or distribute drugs, alcohol, or tobacco products at any time are in violation of this policy and will be disciplined by the athletic department and their coach.”

A first tobacco offense at St. X carries an automatic and immediate suspension of 10 percent of a season, regardless of whether the infraction occurs in mid-season or on the eve of the state finals.

For the fifth consecutive year, the Campbell County Camels won the 6th Region wrestling championship.  The Camels have 11 state qualifiers.

Newport, one of the newest programs in northern Kentucky had a strong finish at 6th.  The Wildcats did have a wrestling program in the 1970s that was discontinued in the 1980s and revived 9 years ago. Covington Catholic is in their 2nd season of wrestling.

Aggressive, hard working, stocky kids can wrestle.  Every school in the 859 should have a program.