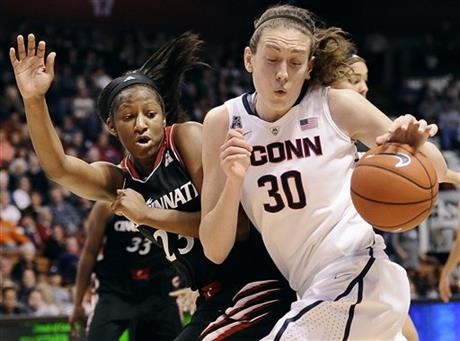 South Oldham’s single season scoring record holder, Jasmine Whitfield, is now averaging over 11 points per game for the University of Cincinnati women’s basketball team.   The 5’10 junior guard has started in each of the Bearcats 18 games; successfully recovering from a knee injury that cost her an entire month last season.  Whitfield, an engineering major, has developed into an important piece of the puzzle for the Bearcats, who only have two seniors on the entire roster.

Whitfield, along with teammate Makenzie Cann, are making a name for Kentucky’s 8th Region girl’s basketball at the collegiate level.  She has been an automatic 80.6% from the free throw line and is the Bearcats third leading scorer, while averaging 2 assists and 4.8 rebounds per game.  During her senior season at South Oldham, Whitfield averaged 22.5 points, 6.5 rebounds, 5.4 steals and 2.5 assists. 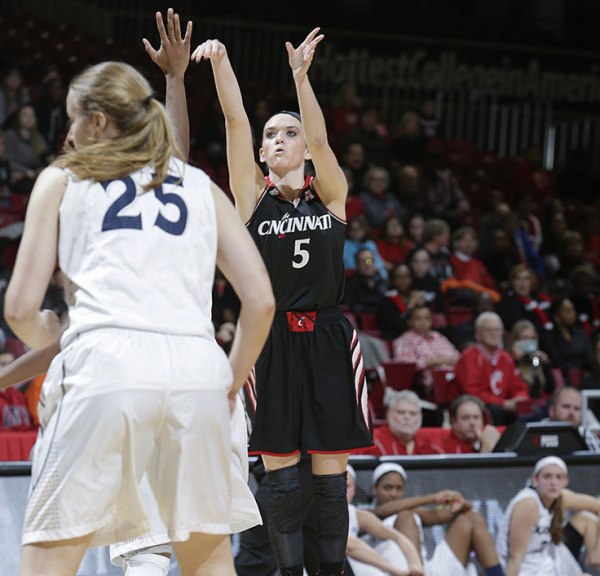 One year ago, Makenzie Cann was tearing up the 8th Region while averaging 17.3 points and 5.6 rebounds and leading the Anderson County Lady Bearcats to what would be a 28-5 record and their second straight Eighth Region title.  Cann was named the 8th Region Player of the Year by the Kentucky Association of Basketball Coaches and finished ranked first in Anderson County history in assists (645), second in points (2,207) and steals (468) and fourth in rebounds (748).

This season, Cann is once again a Bearcat.  The University of Cincinnati guard, is having a very productive freshman campaign for the Clifton Bearcats, averaging 24 minutes and over 6 points per game.  The 6’0 guard, made at least one 3-pointer in her first 13 games and is shooting 35.1% from 3-point range.

Now in the midst of the AAC conference schedule, Cann is getting experience at the highest level of women’s collegiate basketball.  Sunday, January 25, 2015 @ 3:00 p.m., the Bearcats play host to Connecticut (17-1), ranked #2 in the polls (8 first place votes) and historically one of the top three or four women’s programs in country.